If you’re interested in being a Safety Representative, or involved in Work Health and Safety Teams, or are considering a career in OHS Management, this course is ideal for you.

Let us help you, to help others to make the world a safer place to work!

Are you interested in leading Work Health and Safety Teams?

This qualification is suitable for people working in a Work Health and Safety (WHS) role with responsibilities including providing leadership and guidance to others, and who have some responsibility for the output of others.

GEM College has led Workplace Health and Safety since 1994 when it designed and developed the first nationally accredited safety and safety training management qualifications in Australia to be set against national OHS competency standards. Our efforts were acclaimed by State Governments, WorkCover insurers, and industry groups alike. GEM believes People Matter!

Our Mission is “to assist individuals and corporations towards achieving their highest potential and to help make the world a safer place to work”  Our local trading name is “Workright Australia” and that pretty much says it all!

Let us help you, to help others to make the world a safer place to work!

In that same year the progressive South Australian Parliament passed the Factory Act, which was the world’s most progressive, worker focused legislation at that time.

South Australia continued to lead the world with its worker focused legislation right through the 20thcentury, and into the 21stcentury.  The original Factory Act (1894) was largely championed by Mrs Augusta Zadow, a Factory Inspector who worked tirelessly to improve working conditions in all factories, but particularly those which employed female textile workers. Her tombstone, paid for by “three penny donations” from 1,000 factory workers honours her “Self-denying Efforts on Behalf of the Struggling and Oppressed.”

In recognition of the great work of Augusta Zadow, the GEM College Board has approved the granting of the Augusta Zadow Scholarship for WHS Management – Certificate IV in Work Health and Safety – Value $6,999; and ten Augusta Zadow Partial Scholarships – each valued at $3,500.

If you are interested in being considered for a scholarship, please email administration@gem-college.com for more details.

Financial assistance is available for this qualification for eligible applicants. Scholarships, partial scholarships and student loans may apply.

The Course Structure consists of 10 units, 5 Core and 5 Electives:  3 Elective units must be selected from Group A below, while the remainder will be drawn from: Elective units must be relevant to the work environment and the qualification, maintain the integrity of the AQF alignment and contribute to a valid, industry-supported vocational outcome.

Assistance might be available for this qualification: www.gemcollege.edu.au/financial-assistance. State Government funding/subsidies may be available within your state.  Please check with your GEM representative if you require clarity in this regard. Your tuition fee includes:- This fee can be paid using EFTPOS, Visa, MasterCard, cheque, money order or purchase order. Scholarships A limited number of Partial Scholarships are offered within Australia annually.  A limited number of Offshore Scholarships are offered annually.  See Application for Consideration for Scholarship on the GEM website.

There are assessments tasks for every Performance Criteria built into every Unit of Competency.  You will not be assessed until you indicate that you are prepared for assessment.  You will be given at least one-week's notice by your Tutor or Facilitator for any assessment being organised by the Assessor.  You must have submitted your portfolio of evidence prior to the actual assessment date, or bring it with you to the assessment.  If face to face assessment is being undertaken you must attend.  If you are sick, a phone call is required to advise of your absence.  Otherwise, a doctor's certificate will be necessary for an alternative date to be set for the assessment.  For more information on assessment, refer to your Course Information Guide for this Unit, and/or for additional information, which is available on the GEM website.

Location
If you do not have a workplace that is suitable for you to demonstrate your competence on the job, GEM College of International Business may be able to provide customised, flexible or on-the-job options for this course.  Contact your Tutor or Facilitator for further information to discuss your needs.

Reasonable adjustment
If you have a permanent or temporary condition that may prevent you successfully completing the assessment task(s) you should immediately discuss this with your Tutor or Facilitator, about a "reasonable adjustment".  This is the adjustment of the way in which you are to be assessed to take into account your condition.  This may include providing additional time, or a support person.  While assessment tasks may be changed to suit your condition, the actual performance criteria cannot be altered.

Recognition of Prior Learning and Current Competency
GEM College of International Business recognises skills gained through previous studies, the workplace and life experience which may allow you to complete your qualification more quickly than the nominated minimal hours.

You may be entitled to recognition that will exempt you from one or more Units of Competency.  Where you can provide evidence of competency in all Units in a given qualification, you will be required to complete a major project, to demonstrate your ability to provide current application of those competencies across a range of sectors, or with regards to a range of contingencies.

If you are granted RPL the target unit will be reported on your Academic Transcript advanced standing.  No gradings are provided for Units granted under RPL arrangements.

You must enrol in all Units of Competency and apply for an exemption by completing a form.  Attendance at class, or Online is necessary until any relevant exemption is granted.

Entry Requirements/Pathways Nil. Articulation Pathways from the Qualification On completion of this qualification, you may undertake further specialist qualifications in this field; eg Diploma of Work Health and Safety (BSB51315); and Advanced Diploma of Work Health and Safety (BSB60615) or generic qualifications such as Diploma of Leadership and Management (BSB51915); OR Diploma of Business (BSB50215). Student selection Each applicant will be interviewed to ensure suitability of program for the individual and his/her current position and/or career path. Gaining University Entrance A Certificate IV or Diploma may gain 6-12 months advanced standing in a university degree.  Some Advanced Diplomas may be eligible for even more credit.  Choosing a GEM College of International Business to University Pathway is a great way to get practical ‘job ready’ skills and then gain entry to a university at an advanced stage. A Graduate Certificate from GEM College of International Business, coupled with relevant industry experience, can gain entrance to post graduate qualifications.

Sadly, the term "curriculum" has degenerated to being perceived and accepted simply as 'the subjects comprising a course of study in a school or college'.

Having been actively engaged over three decades in the exciting cut and thrust of a convergence of entrepreneurship, technology development and education and training, and having seen the transformation of people and of communities engaged in learning through our unique methodologies the GEM College Executive has not been prepared to see any GEM College curriculum in such a diminished light. 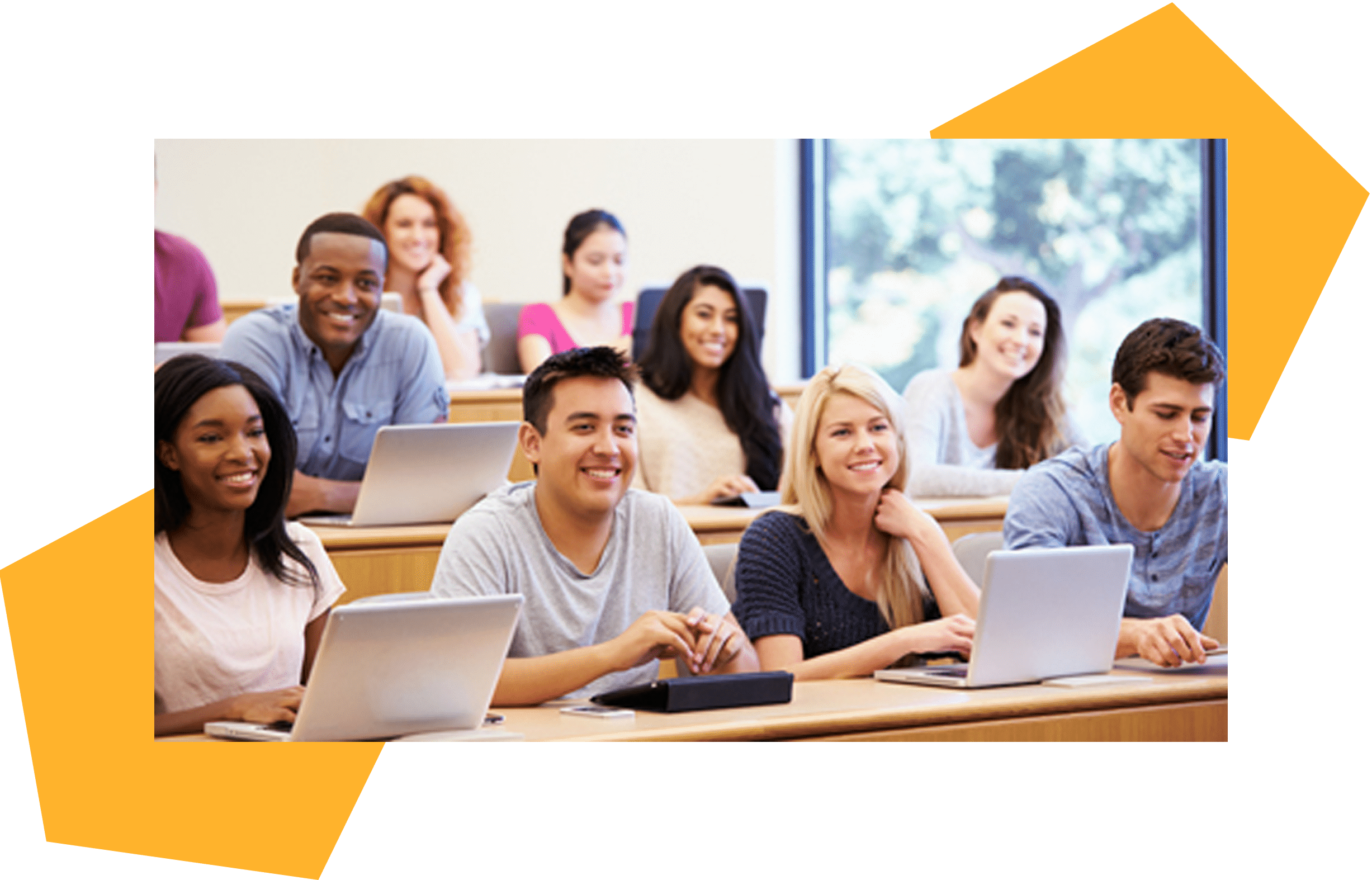 "Curriculum" is a planned, formalized design for teaching for certain known and intended learning outcomes, and for other unknown and unintended outcomes. It is the planned dynamic chaos that comes from the interaction of learners with other innovative people, peers, instructors, assessors, instructional materials and media, instructional activities and experiences, oneself and others, entrepreneurs and the entire learning environment interacting and interrelating as the pracademic ecosystem.

Our concept of "Curriculum" has shaped both our academic model and our business model.  We are unique.

We develop educators and entrepreneurs - We practice what we teach.

Bring your career to the next level with a globally recognized business degree. Our qualifications provide specialized, flexible, scalable training that meets your needs to be a future business leader.

GEM College of International Business is committed to ongoing improvements that will enhance the service that is provided to you, the client.  Should you have any grievance with the way in which GEM College has conducted business with you, we will be pleased to listen to what you have to say.  By doing so, hopefully, we will improve our service which, will in turn, benefit everyone accessing training through us.

In the first instance, any grievance should be discussed with the relevant Administrative person, Tutor or Facilitator.  If they cannot resolve the problem to your satisfaction, it will then be referred to the Campus Manager.  If the Campus Manager was your first point of contact or if the issue is still not resolved to your satisfaction, then the National Manager shall endeavour to resolve the matter.  If the National Manager does not resolve the matter to your satisfaction, the Director-International Business or the Corporate Leader will be pleased to make an appointment and listen to your grievance.  Further detail regarding our grievance and appeals policy is contained in our "Customer Service Charter and Grievance Policy" which is located at www.gemcollege.edu.au/student-policies/.

If you do not agree with the result given for an assessment task, you may appeal the assessment decision.  You should first discuss the assessment result with your Tutor or Facilitator.  If you are not satisfied with the outcome of that discussion, you can access the appeal process through the Campus Manager.  More information on Learner's rights and responsibilities can be found at www.gemcollege.edu.au/student-policies/.

GEM College of International Business hereby gives an assurance that no discrimination shall be made against an individual or organisation lodging a grievance.  We view all criticism and suggested improvements as ways that will allow us to improve our service to you.

GEM College of International Business is acknowledged as upholding the highest standards of ethical conduct and professional excellence.  We inculcate these same standards in our learners and strive to produce business leaders with recognised integrity.  Thus, our (benchmarked for best practice) policies and processes support this and protect both the College and learners.

The policies and processes of the College are transparent; we therefore discuss these with our learners during an Orientation Session at the commencement of each course.  You will be required to acknowledge that you have read, understand, accept and are willing to ascribe these policies and processes during the Orientation Session.  The college website (at http://www.gemcollege.edu.au/student-policies/) includes the following as essential pre-reading: